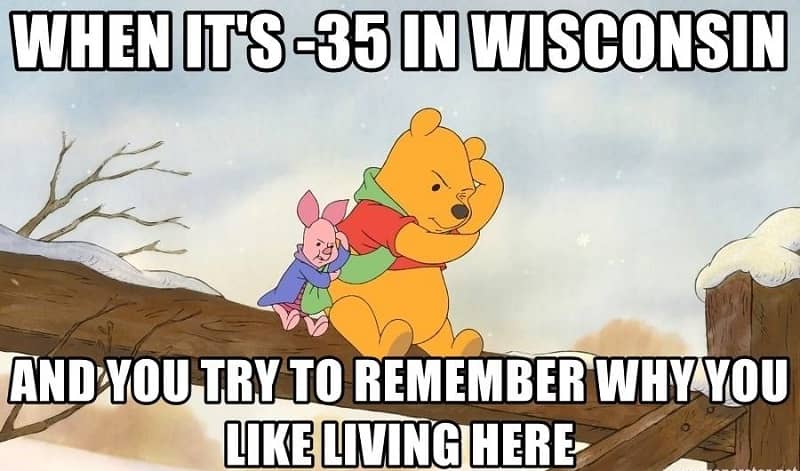 Introduction of Winnie the pooh memes

Having been originally created to tell a story of a soldier riding along with a bear pet, Winnie the Pooh took over the world by storm, garnering many children fans and adults alike. Winnie represents innocence at its very best, perhaps the reason why she is so popular since such characters are rare in the cold world we live in now.

More often than not, however, Winnie snaps, displaying completely opposite traits. Here is a list of hi8larious Winnie the pooh memes that prove Winnie is not as innocent as you may think.

It’s pretty much bewildering that we came to find out years later that Winnie the Pooh is indeed a girl. The fact that Winnie tends to display her toxic nature every once in a while makes it one of the funniest hilarious memes you will ever come across.

It’s baffling that Winnie was originally meant to be a character that portrays innocence, just like a young kid. However, Winnie often snaps, and not just for a handful of times. Here we see the heartless bear relishing the fact that she will be messing up the whole village, just because she feels like it.

Feels like more of psychopathic bear rather than the seemingly innocent pooh.

Isn’t it funny how Winnie always seems to be strapped every time she heads out? More so, she’s pretty quick at firing at anyone who tries to show any form of disrespect, especially regarding food. Don’t mess with the bear if you really want to keep your life.

4.Who is pooh again?

Despite the popular stage name, it’s worth mentioning that Winnie isn’t fond of her ‘pooh’ name. In face calling her pooh is easily one of the fastest ways to meet your maker.

Just by a quick look, you can easily tell Winnie is potbellied. Want to know why? She eats a lot, of course. It’s no wonder that she seems pretty much fulfilled after eating, despite losing the piglet in the process. What makes the foodie one of the easily relatable Winnie the pooh memes is that meals are a girl’s best fri8end, similar to kids.

When the fancy Winnie the pooh memes came out, the internet explodes in a frenzy. The fancy pooh tends to apply some flair to even the most essential things. The use of ‘hahan’t in place of ‘isn’t funny’ is just plainly hilarious.

7.Pass me the writing utensil, friend

Talking of fancy Winnie the Pooh memes, the writing utensil sits among the top favorites. It’s just hilarious that something as simple as a pen could have a quite complicated yet mind-boggling alternative.

Drug addiction is not something to be taken lightly, yet fancy pooh seems to have rather different ideas regarding the matter. Drugs are often associated with harmful chemicals, and the fact that someone would have the guts to label drug abuse as simply chemical affinity is plainly absurd.

Not many toons can boast of having both children and adults fan base, and Winnie the Pooh sits among the privileged few. Despite being a glutton, pooh brings out characters that are easily relatable to teens, especially girls.

That said, the truth in the above hilarious Winnie the pooh memes guarantee to intrigue any fan out there. Nothing lets off steam than an easily relatable, yet too hilarious meme.

all memes collect various sources. Its only for fun & entertaining people nothing else. So enjoy it and Happy in your Life. Happy reading & stay safe.